The hoard was found in a pottery vase in the vicinity of the Kapulukaya dam in the Keskin district of the province of Kırıkkale. This hoard was bought by Mr. Yüksel Erimtan, who is a private collector in Ankara.

As there is no independent evidence about the nature and circumstances of the find. We have to accept what the salesman told Mr. Erimtan about the discovery of the hoard. The salesman obtained this information from the person who actually found the hoard. ,There remains some uncertainty about the exact find-place. Similarly, the vessel is very large for such a small hoard and, therefore, one may be justified in suspecting that it originally comprised a large number of coins. The salesman, however, has asserted that the twenty-one coins make up the entire hoard. The vase would seem to date from the same period as the coins, and so it is quite plausible that the hoard was indeed found in this vessel. ,The vase is damaged around the neck and the rim is missing. Its height, as extant, is 16 cm; the diameter of the body is 11 cm and that of the base is 6 cm.

This small hoard, now in Mr. Erimtan's collection, provides some useful information about the officinae of the Antioch mint in the reign of Valens. But of much greater significance is the presence in the hoard of an unique issue of Valentinian II (cat.no.21). That this coin survives may, perhaps, confirm the integrity of the hoard. 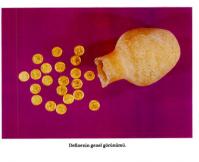 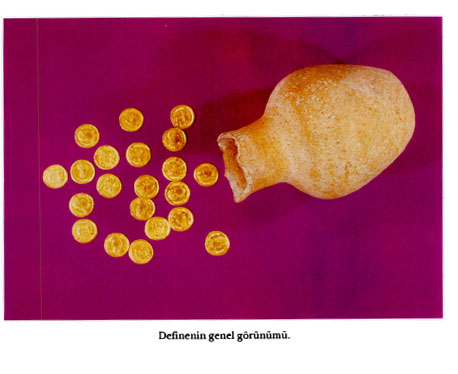 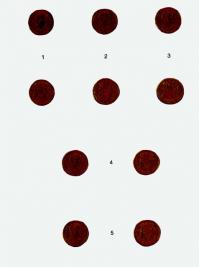 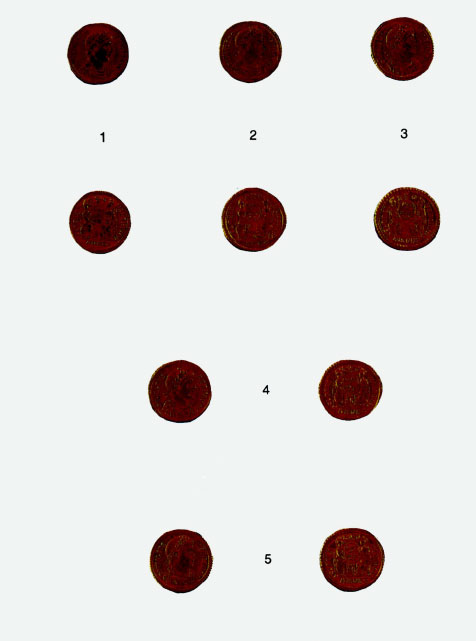 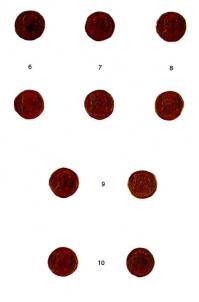 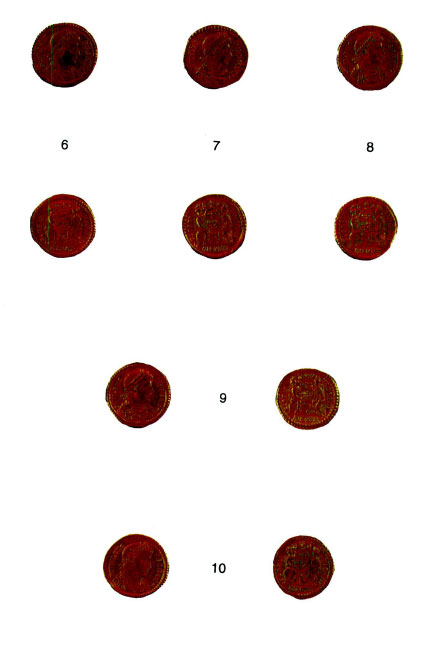 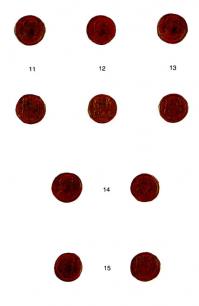 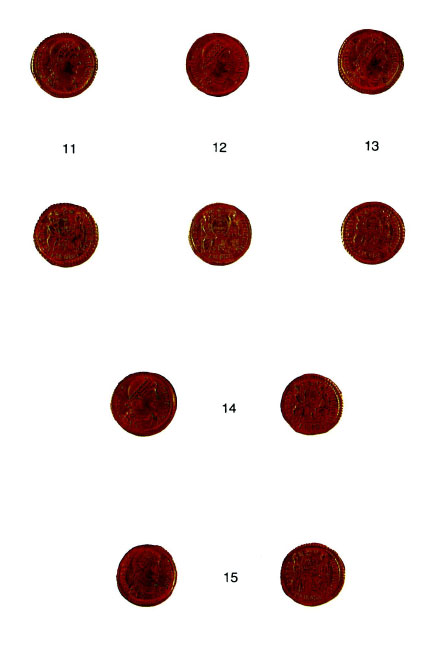 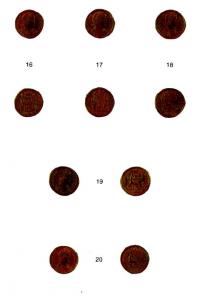 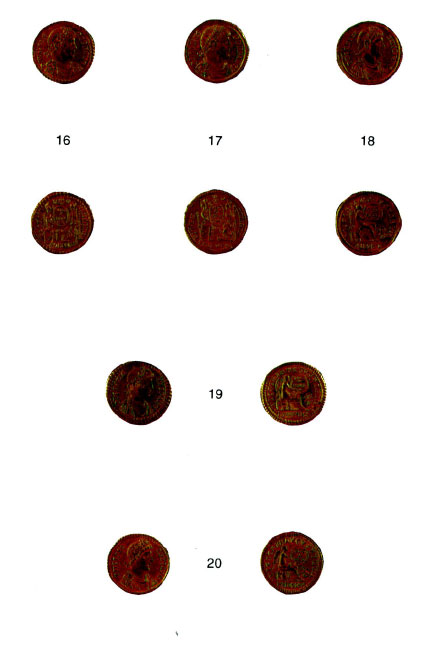 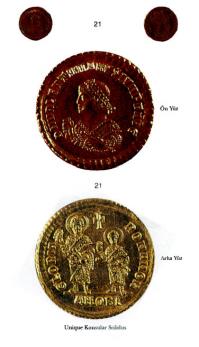 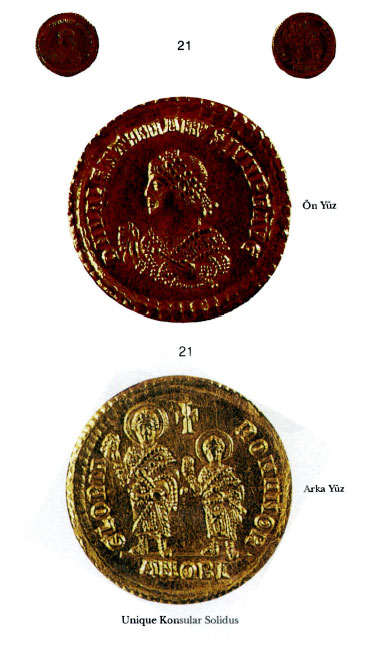