Enez, founded in the mouth of Meriç River (ancient Hebros) on the North Aegean coast had a very important role in Ancient times as a safe harbour and military significance as a great harbour city on the Europe-Asia coastal route extended in the east-west direction.

Enez was settled in very early times because it was the only safe harbour in Ancient times on the Northern Aegean coast extended from Taşoz Strait (ancient Thasos) up to Dardanelles, as well as, it had a fertile hinterland due to Ergene Basin.

As a matter of fact, the name of Enez (Ainos) is seen in Homeros’ Illiad but the records in the books of ancient writers like Strabo and Stephanos Byzantinos date back to the settlement of earlier times. On the other hand, according to Herodotus’, Thukydides’ and Skylax’ records, Enez had close cultural and political relations with the Aegean world and Athens.

Especially the coins, plastic works of art and ceramic findings of the 5th century B.C. evince the high level that Enez reached in the Ancient Age. It is clear that Enez retained this cultural level throughout all the Ancient Age and did not let it decline also in the Middle Age.

As a matter of fact, the archeological excavations we have realised since 1971 at Enez proved this fact.

The excavations fulfilled both in and out of the Fortress showed that Enez was continuously settled from the Grece Archaic Period until the Ottoman Period. During the excavations eleven Byzantian coins, one in the Fortress and ten around were found. These coins are distinctive on account of their places and their positions at the time of unearthing. At the same time their characteristics are also interesting.

During the excavations in 1980, apart from the Ottoman and Byzantian ceramics, the first Byzantian coin of the 12th century was found in the wall, extended to the northwest-souhteast direction, at the right side of the entrance to the Fortress, in the west of the excavation area where an edifice erected by of treating the bedrock (See A. Erzen, Kazı Sonuçları Toplantısı III, 1981, p. 87; Arkeoloji ve Sanat 24/27, 1985, p. 8, Fig. 15).

The other ten coins were found under the foot of a stone wall of a sacred edifice with an apse (a church) unearthed in 1983 after sounding the district called “Kral Kızı”, in the east of Enez town (see, pl. VII, Fig. 3).

These coins were attained 1.20 m. deeper than the surface of the earth and at the northern corner of the wall. They were in a little, fight red and necked ceramic vase (see. pl. I, Fig. 1, 2, 3).

Now, the coins are in the Archeological Museum of Edirne. They were one by one graded and it was judged that the standard purity of all was 22 whereas their weights varied between 4.30-4.50 gm. As for the shape, the coins were minted concave (See A. Erzen, Kazı Sonuçları Toplantası VI, 1984, ΧΠΙ-XVI; here 1-3).

These coins cover nearly a hundred year period consisting of the first emperors of the Comnenus Dynasty (1081-1185) and first important emperor of the Angelus Dynasty (1185-1204), Isaac II. This shows that the gold coins is really a collections burried in the earth, as well as the latest coin can be an antequem for the sacred edifice (the church); that is to say the church must be built before Emperor Isaacc’s reign (1185-1195). Thus, the coins belong to the Comnenus’ period, the 12th century A.D., and it is possible to list them as follows: 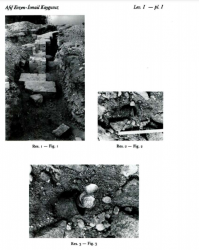 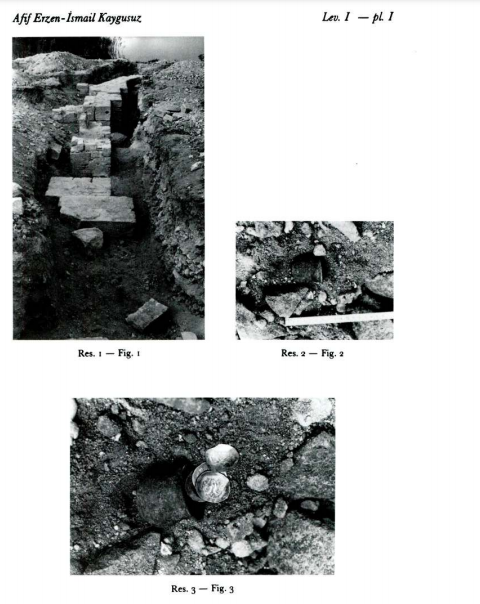 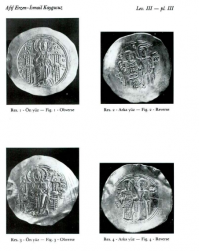 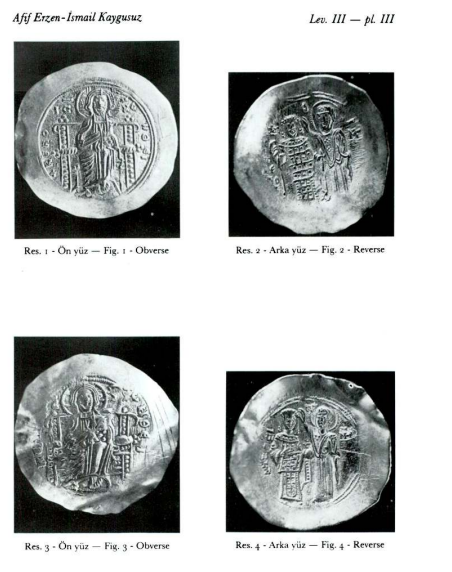 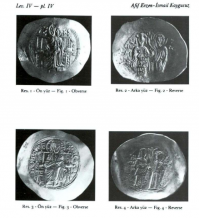 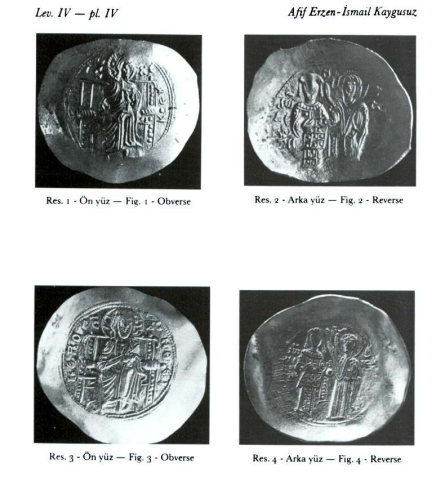 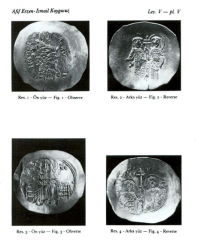 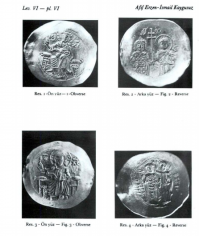 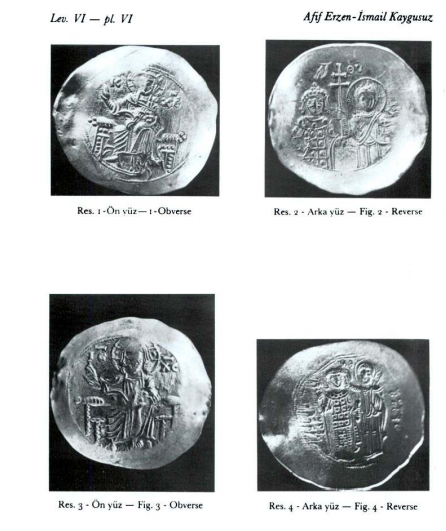 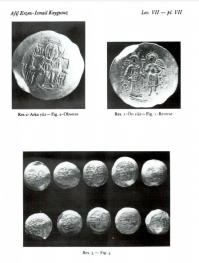 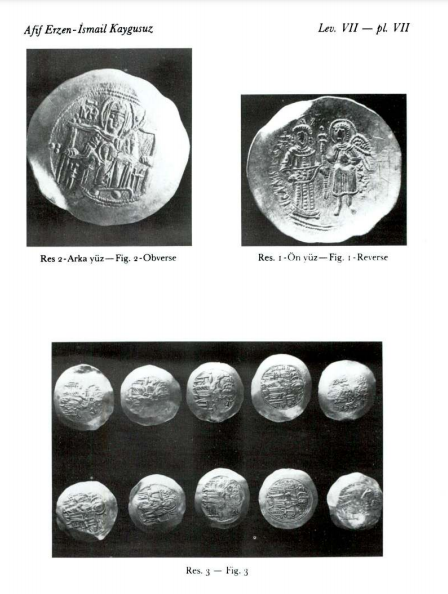 Inv. No. : Inventory number given by the Archeological Museum of Edirne